From the desk of Karen Olsen, President and Founder of Family Promise National…

Every year, on a single day late in January, volunteers from Family Promise Affiliates and other agencies fan out in their home communities to count the homeless. The annual “Point in Time” (PIT) count is mandated by the U. S. Department of Housing (HUD) and is designed to document homeless people in shelters as well as those living on the street, in cars, or in other places unfit for human habitation.

This year, the newly reorganized Union County Affiliate participated in the count at my direction. We offered our van to transport volunteers doing the count and provided a driver. I encouraged participation but with mixed feelings.

On one hand, it is important to participate in the count, and to make every effort to number of homeless on any given night. This count is reported to Congress and is considered by HUD to be a reliable indication of the trends in ending homelessness. We should participate because whether we receive government funding for our Affiliates, or not, the overall level of federal funding for homelessness depends on those trends. We owe it to each other and to the families we serve to participate.

On the other hand, you and I are aware that the PIT count provides only a narrow look at who is homeless. Not only is it difficult to count everyone who fits HUD’s definition on one night in late January each year, but the definition of who is included in the count is too narrow to be accurate.

For instance, HUD’s definition of “homeless” does not include families living doubled up or in pay-by-the-week motels. And yet, I would venture to estimate that three in four of the families we see at Family Promise come from precisely those situations. I can guarantee that many families not counted as “homeless” on one day in the last week of January 2014, arrived at our doors the following day or week.

Yet HUD’s January 2013 count gave people reason to believe the country is making strides on eradicating homelessness. The takeaway for people who digested the numbers was that family homelessness is declining. But I don’t believe that’s so.

And I’m not alone.

How many homeless are there in the U.S.? Honestly, I don’t think anyone knows.

What I do know is that we are advocates for homeless families and need to do everything in our power to act on their behalf. If that means taking part in homeless counts mandated by HUD, we do it. Our purpose here is not to be a thorn in the side of our local CoCs or of HUD, but to make sure all homeless families count. 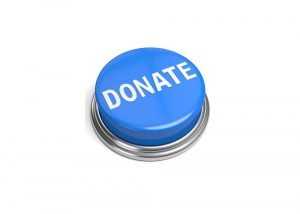